CrossFit: Why The Cult-Like Following?

CrossFit has grown to be a very well-known fitness method. If you know anyone who is part of CrossFit, they probably talk about it often. So why all the hype about CrossFit? Is it that transformational? Why do people love it so much?

In the article, “Inside the Cult of Crossfit,” author William O’Conner discusses this topic further.

Anybody who’s ever known a person who does CrossFit can confirm that the participants won’t shut up about it, leading many to ascribe a cultish vibe to the enterprise.

“I think if you look at the signature elements of a cult…I don’t think you find a lot of them in CrossFit,” responds Herz. Instead, she likes to compare it to both parenthood and the intensity of team superfans.

So why can’t CrossFitters keep quiet about their love for CrossFit? Julie Beck from The Atlantic wrote an article called, “How CrossFit Acts Like a Religion.” In this article, she has some interesting ideas that link religious zeal to CrossFit. 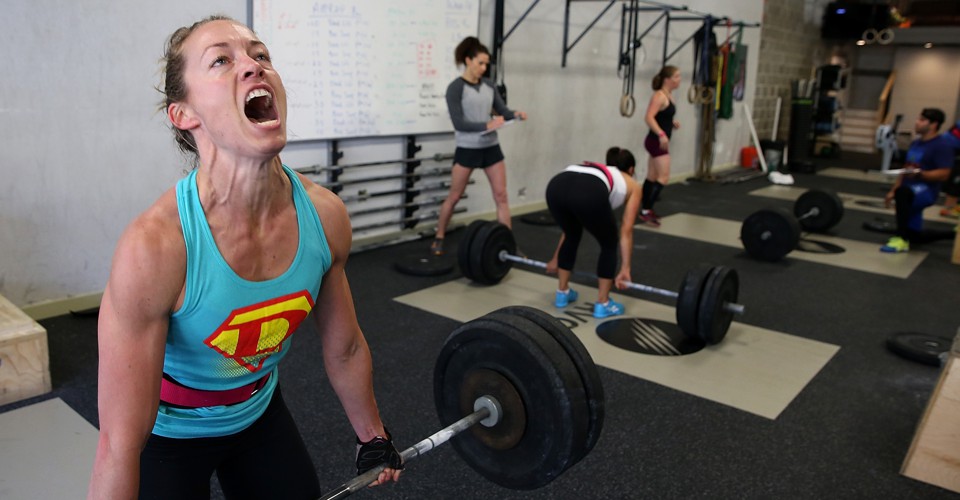 CrossFit is his favorite example of a trend he has noticed: how, in the midst of the decline of religious affiliation in America, and the rise of isolation and loneliness, many ostensibly non-religious communities are “functioning in ways that look a little bit religious,” he explained on Friday at the Aspen Ideas Festival, which is co-hosted by the Aspen Institute and The Atlantic.

The social aspect of CrossFit is a large contributor to the reason why so many love CrossFit. But there are more reasons than just that. J.C. Herz of Time Magazine wrote an article called, “3 Reasons People Are Obsessed With CrossFit.” In that article, he adds how CrossFit changes our mindset that working out doesn’t have to be a chore.

CrossFit’s ritual intensity reverses these polarities: it’s tribal, it’s intense, it’s never the same workout twice. It replaces cosmetic aspirations (six-pack abs, buns of steel) with an emphasis on function – mastery, progress, work capacity. It replaces the ease and comfort of gym machines with a demand for all-out effort and an archaic stoicism.

In so doing, CrossFit reconstitutes the ritual sacrifice of energy that made sport important to our ancestors – that makes it important to this day, though we’ve forgotten why. In that way, it’s more cultic than even the most pestered co-worker can guess.

If you have not experienced CrossFit, it is never too late. Check out CrossFit gyms nearby. Many have websites, Facebook pages, and Twitter accounts that you can see what the culture of the gym is like. Take a chance on CrossFit; it’s a workout that you will actually want to do.